Before JFK History Was Rewritten

Posted on November 3, 2017 by tonyheller

In the hours after JFK was shot, the White House medical officer said Kennedy was shot in the right temple. Motorcycle police raced up the grassy knoll of a park nearby. A Secret Service agent and Dallas policeman were killed away from the JFK shooting. And two days later Oswald was murdered while in police custody.

Anyone who cites these facts now is a “conspiracy theorist” 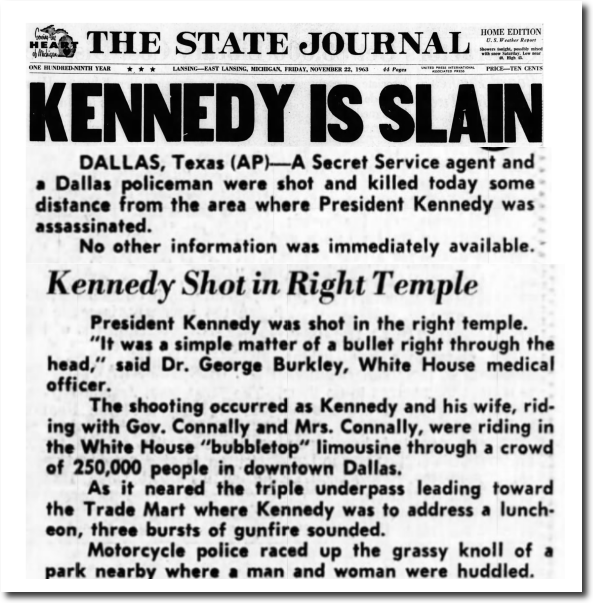 What part of Kennedy Shot In Right Temple isn’t clear? Nearly every newspaper in the country reported the same thing.

If you watch the whole video, you will understand exactly what happened that day, and the special ammo used for the kill shot.

24 Responses to Before JFK History Was Rewritten