“For the last twenty-five years or so the average temperature of the United States has been growing warmer, the average rising about one degree every four years. …. Heat and drought reached their peaks in. the disastrous summer of 1934.” 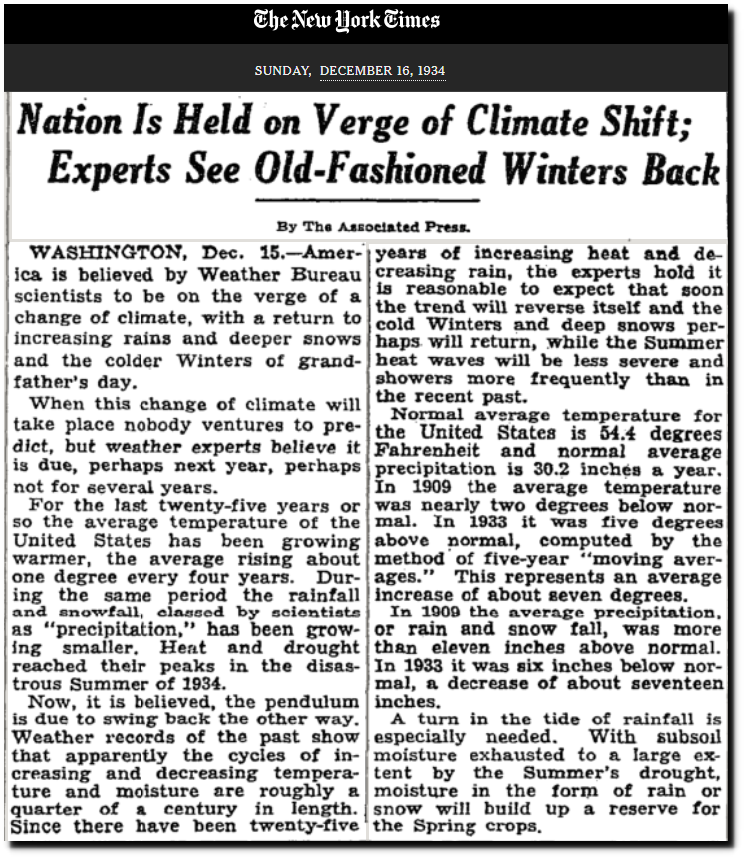 NASA and NOAA had good reason to make the heat of 1934 disappear. The heat and drought was global, the Arctic was dissolving, England was going to drown, and the whole world had “freak weather.”  If people knew about that, it would wreck their global warming scam. 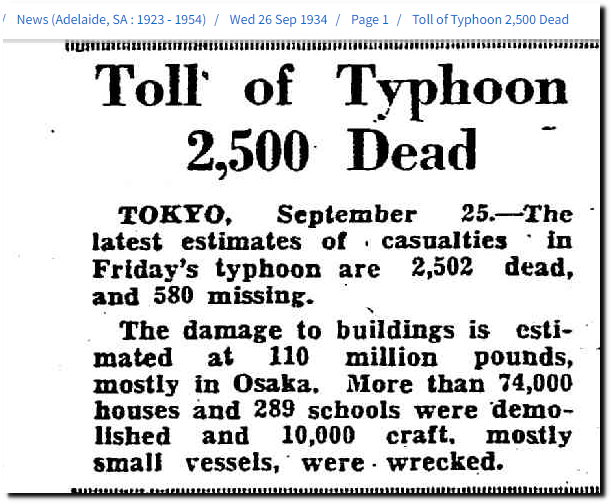 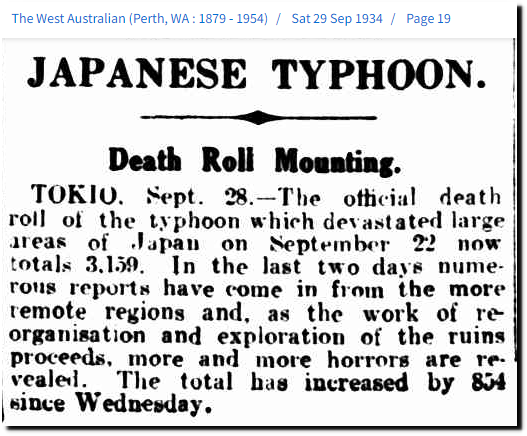 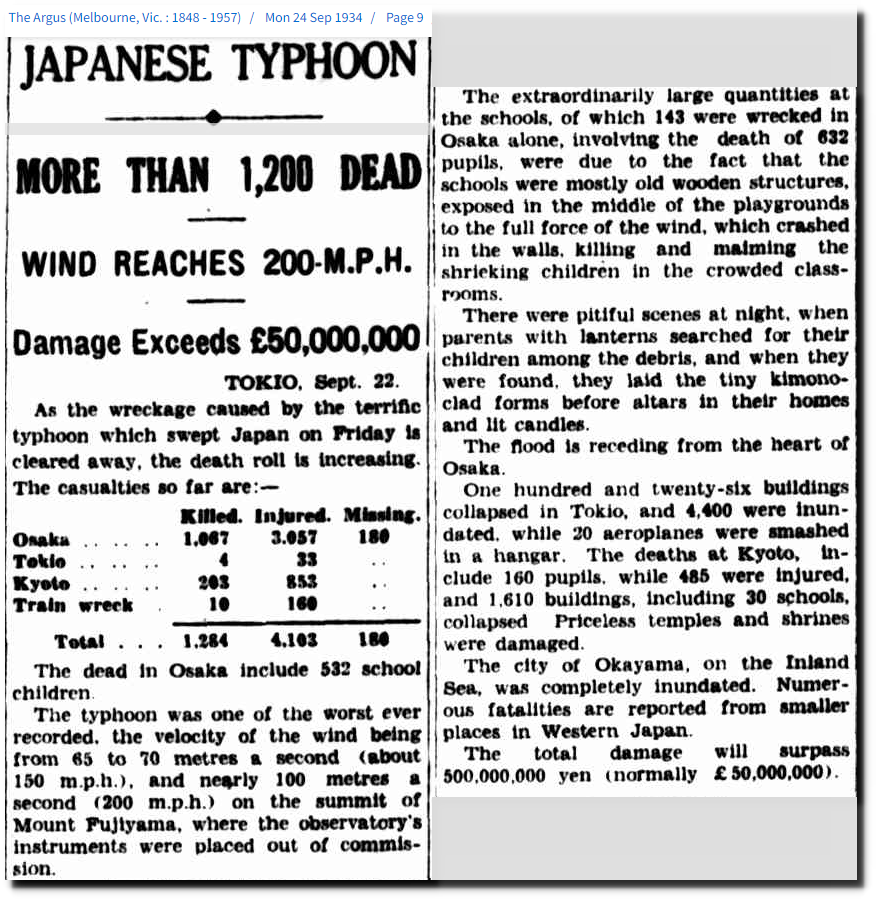 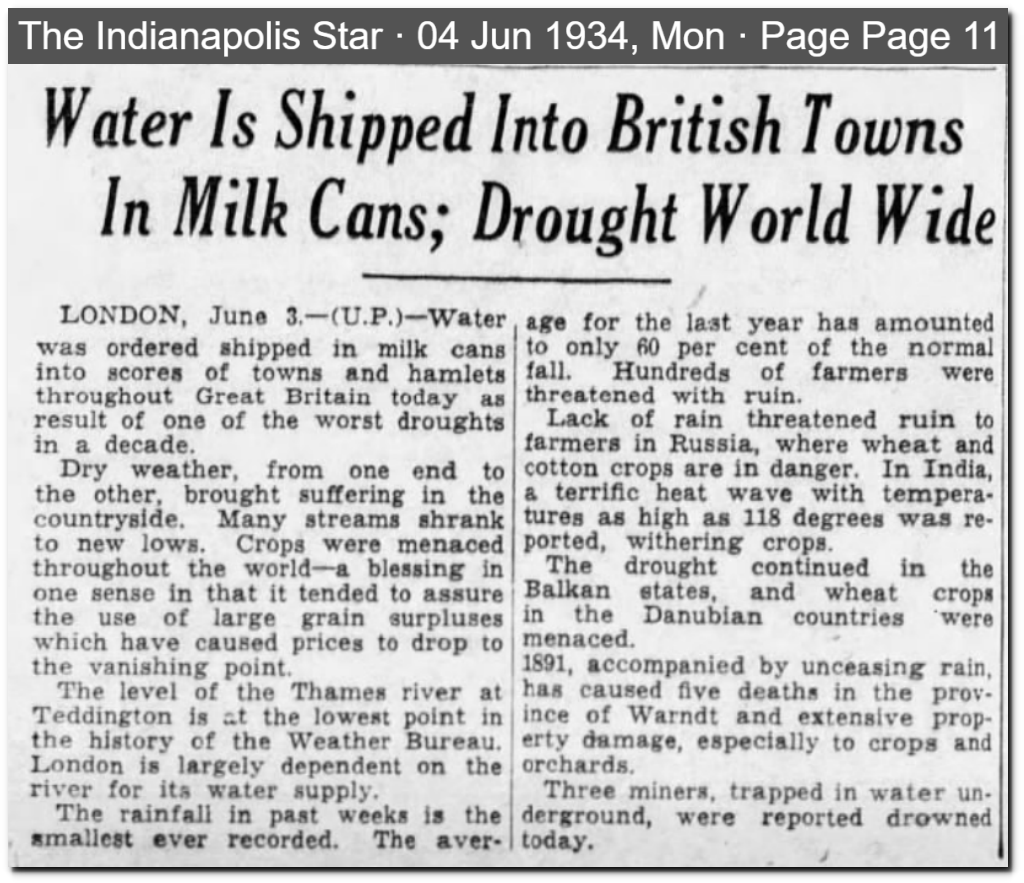