Our brilliant Arctic explorers have left Murmansk, and are headed directly into hundreds of miles of solid ice. Unless they have an icebreaker in front of them, they aren’t going anywhere. 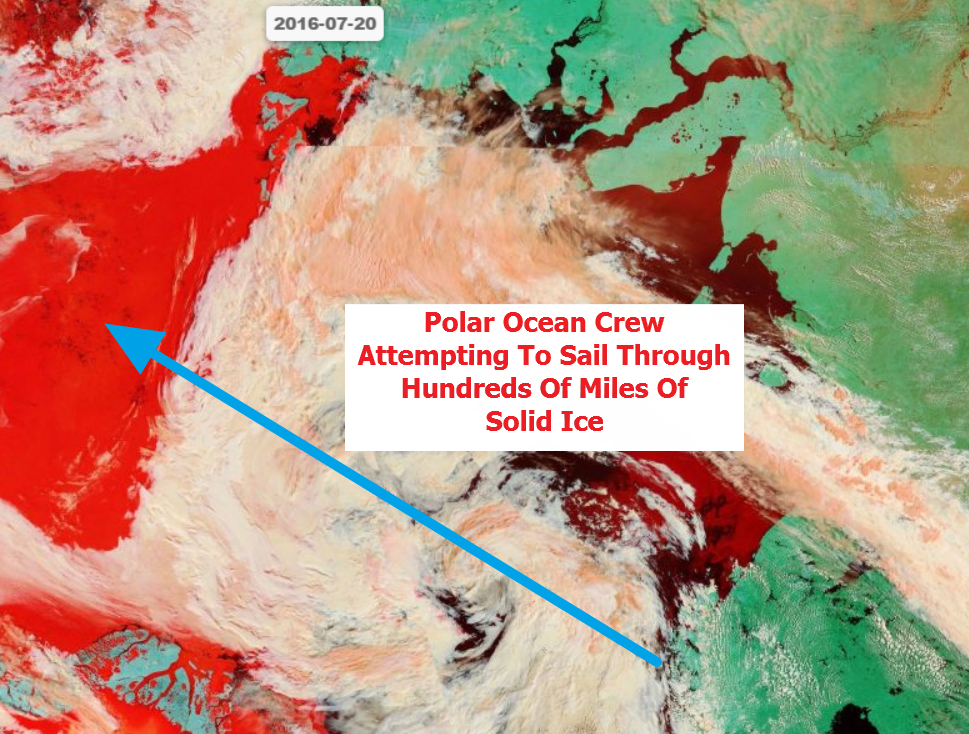