NOAA claims global temperatures are the hottest ever, based on some rather spectacular junk science. NOAA doesn’t actually have any temperature data over most of the land surface.

They never had any data from most of the southern hemisphere. 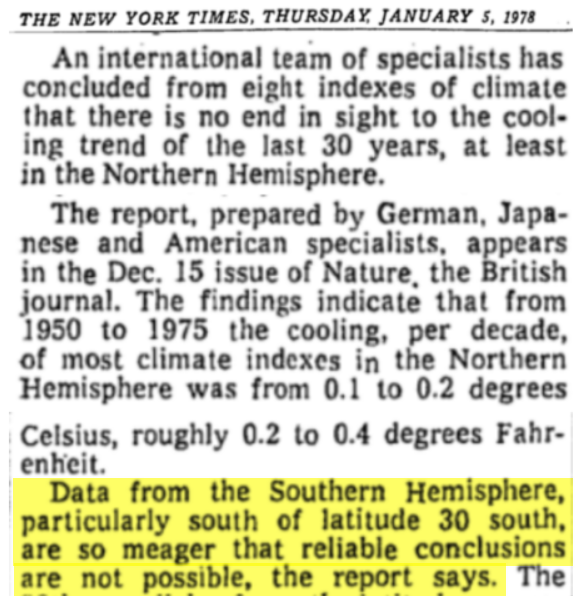 And they made up much of their southern hemisphere ocean data.

The US has NOAA’s best data, and almost half it is also fake. 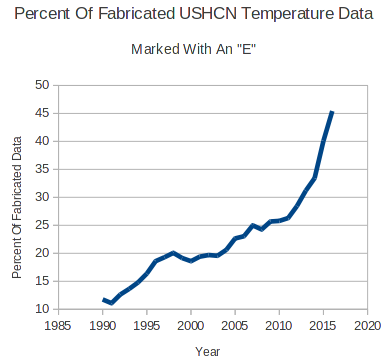 This date in 1934 may have been the hottest in US history. The map below shows actual temperatures, not the “heat index.” Almost two-thirds of the US was over 100F on July 21, 1934 – with temperatures of 115 in Missouri and South Dakota, and 113 in Minnesota. The US has much less hot weather than it used to. 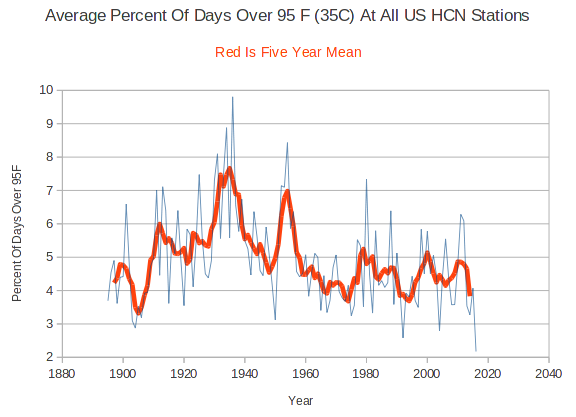 No serious scientist would make claims based on fake data, which is why NOAA does it. Their climate people are propagandists, not scientists.