Record Breaking Heatwave In The US 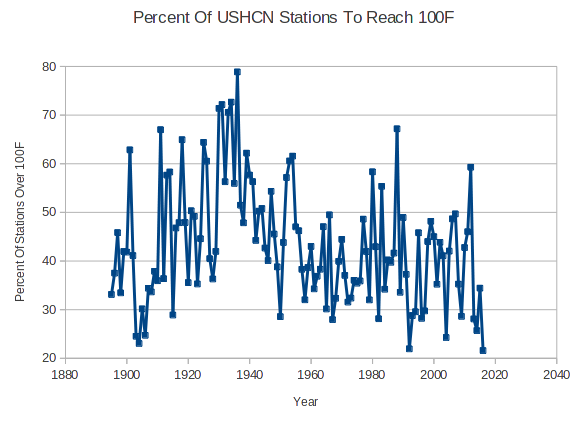 During 1936, only New England and Florida were spared 100 degree weather.

More than 20% of US stations set their all-time record maximum temperature during 1936. 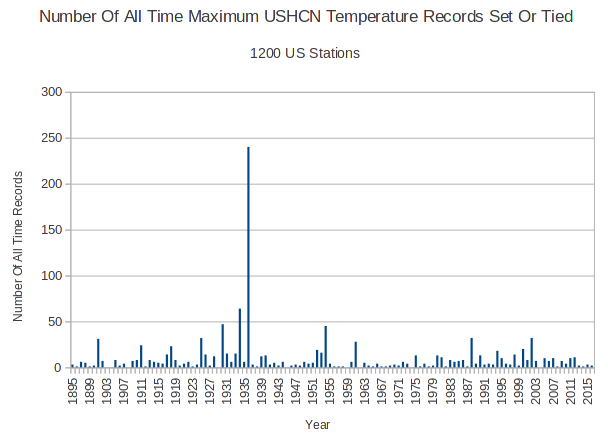 Government climate scientists say that hot days are becoming more common in the US, because they are paid to push political agendas by politicians in Washington DC.

5 Responses to Record Breaking Heatwave In The US