NASA shows post-1880 land surface temperature trends increasing from 0.5C warming in 2000 to 1.4C warming in 2016.  A massive increase caused primarily by altering the historical record. The past keeps getting cooler.

This massive increase since the year 2000 occurred during a period when satellites showed air temperatures over land decreasing.

Gavin claims record temperatures, which are the result of data tampering – not global warming. 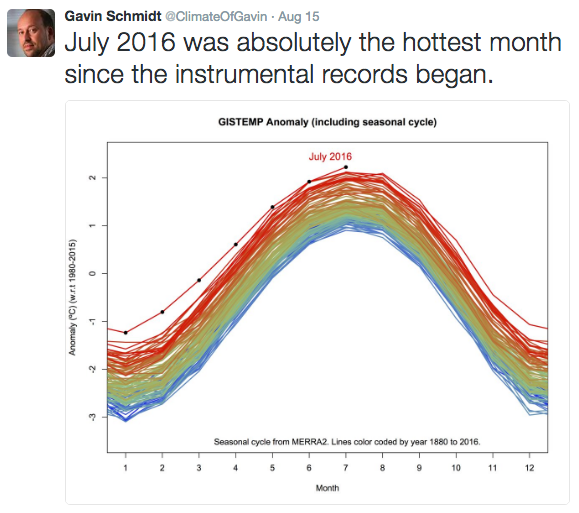