The New York Times says climate change is going to come attack us all.

Where should you live to escape climate change? The New York Times

In 1937, fires burned 22 million acres, compared to to 5 million this year. But the actual decline is much more than that, because the recent numbers include Alaska and the 1930’s numbers didn’t. 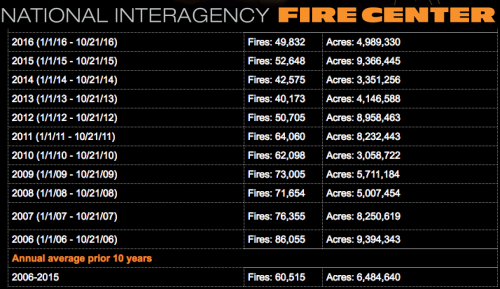 Facts don’t matter to the New York Times. They have an agenda to pummel Americans into submission, and see imaginary climate change as a vehicle to do that.