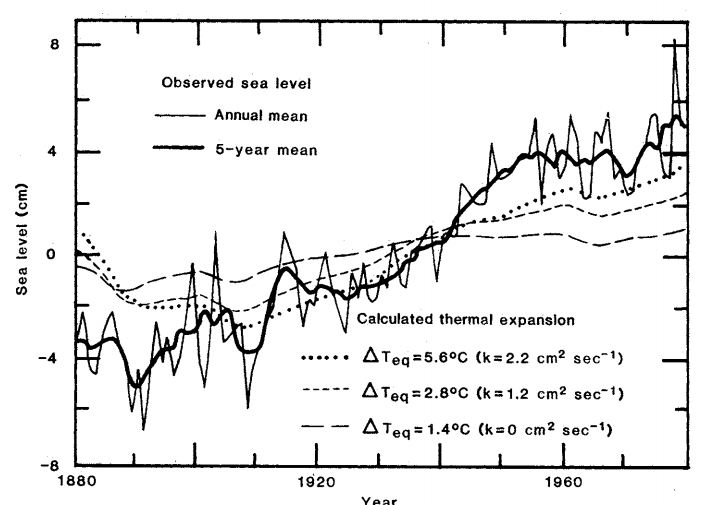 NASA said that there was a high correlation with global surface temperature (i.e. global warming occurred from 1880 to 1940 and slowed considerably after 1950.) 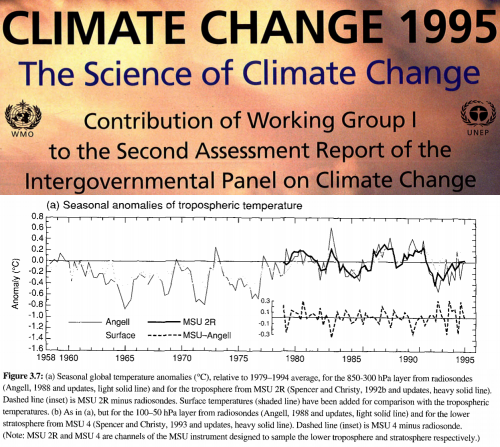 The NASA/IPCC data wrecked two essential parts of the global warming scam – post-1950 warming and post-1950 sea level rise. So they found people who were willing to change the data to match the models. The current NASA sea level data is based on this confirmation bias fishing expedition.

This acceleration is an important confirmation of climate change simulations

The overlay below shows how they changed the post-1950 data to match the theory. 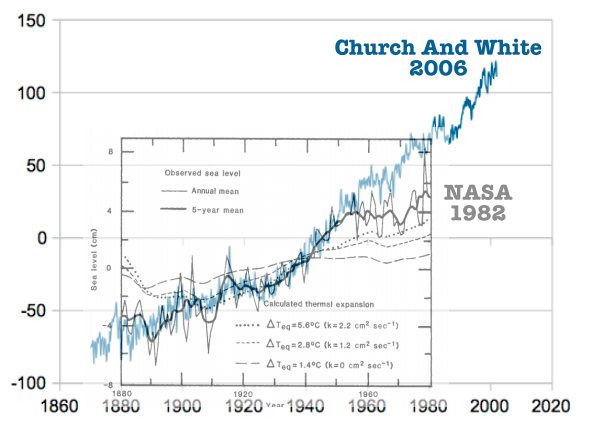 Church and White discovered a mysterious break in sea level in the year 1926, when sea level rise rates suddenly increased by almost 250% to 1,94 mm/year. 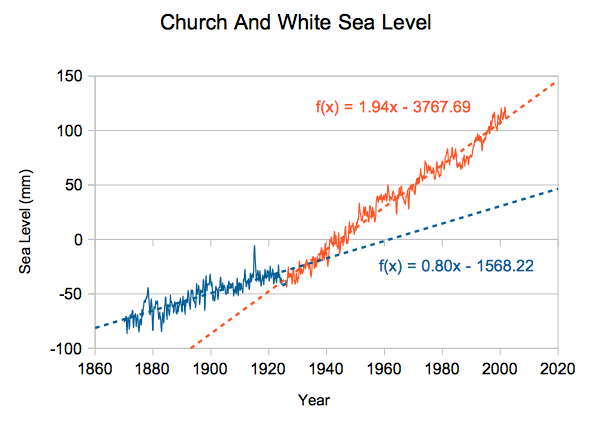 I can’t find one single tide gauge anywhere on the planet which shows this post-1926 acceleration. The Church and White study is utter nonsense.

But the NASA fraud gets worse. Their tide gauge data says 1.94 mm/year, but their web site shows 3.4 mm/year. 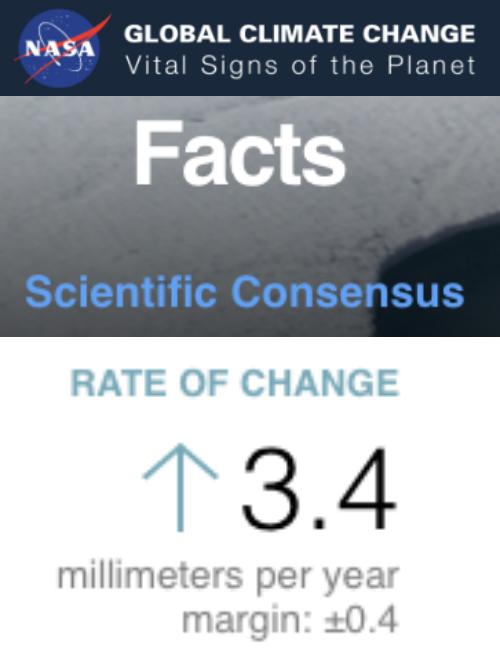 Only 10% of NOAA tide gauges show that much sea level rise, and all of those are in places where the land is rapidly sinking.

NOAA says sea level is rising half as fast as NASA’s claims.

NASA sea level claims are blatant fraud – being done right in front of our faces.

11 Responses to NASA Shows How Science Fraud Is Done