100% Confidence Of Incompetence In The National Climate Assessment

Page 14 of the National Climate Assessment says that there are only three factors which influence the climate – Humans 101%, Solar 1% and Volcanic -2%. Somehow, the world’s top scientists forgot about the oceans, which actually drive the climate. The Atlantic Multidecadal Oscillation has a 60 year cycle, and shows almost perfect correlation with lower troposphere temperatures. 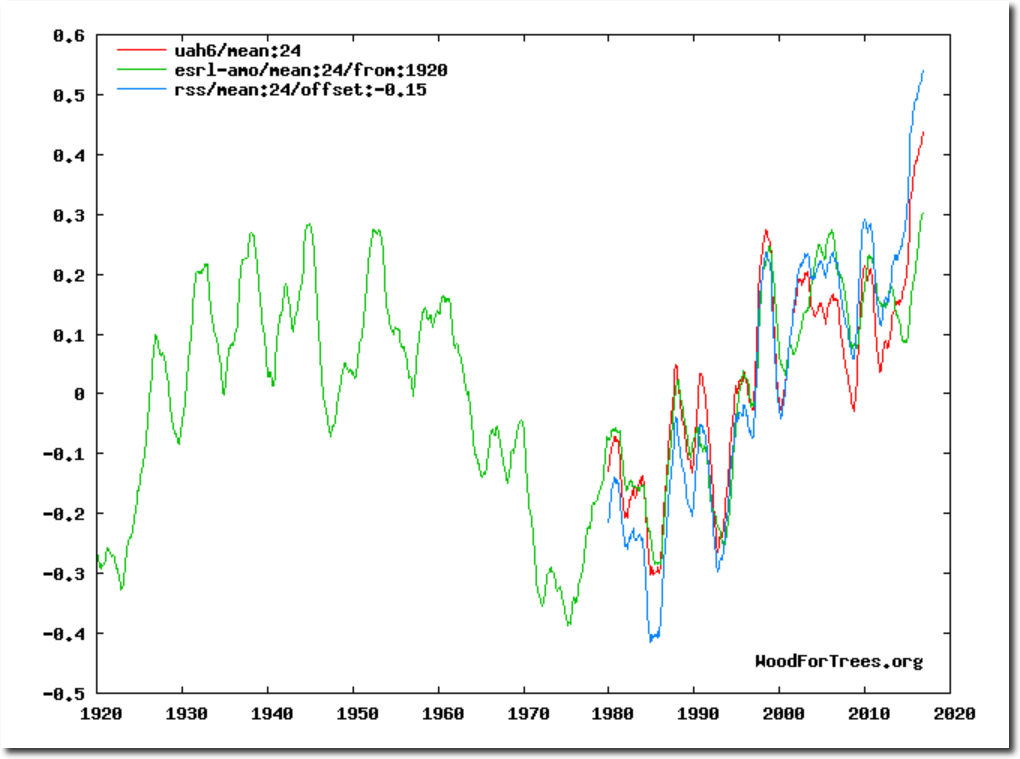 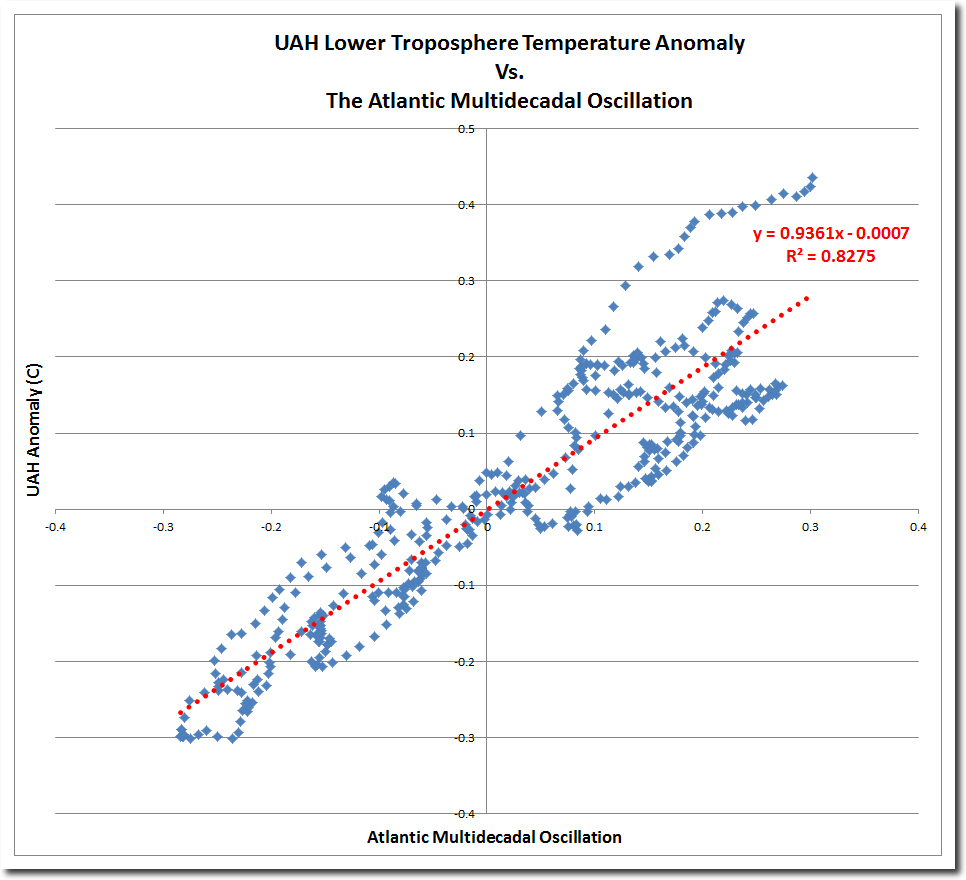 Note that there is one spaghetti strand in the graph above, where the satellite temperatures are diverging from the AMO. Roy Spencer appears to be concerned about the quality of recent satellite data. Keep an eye on that. 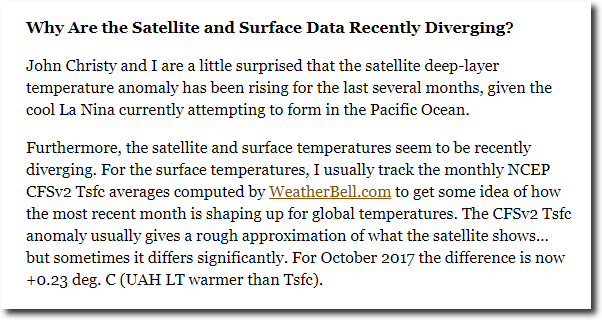 It defies explanation how the world’s top climate scientists could have forgotten about the oceans.