The Real Arctic Versus The Arctic Of Climate Scientists 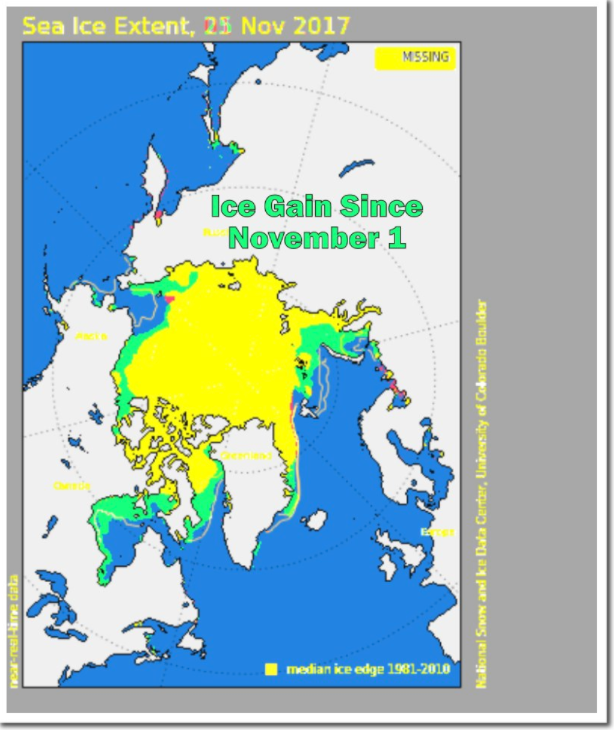 Greenland’s surface is gaining ice very rapidly, but not quite as fast as last year’s record winter gain. 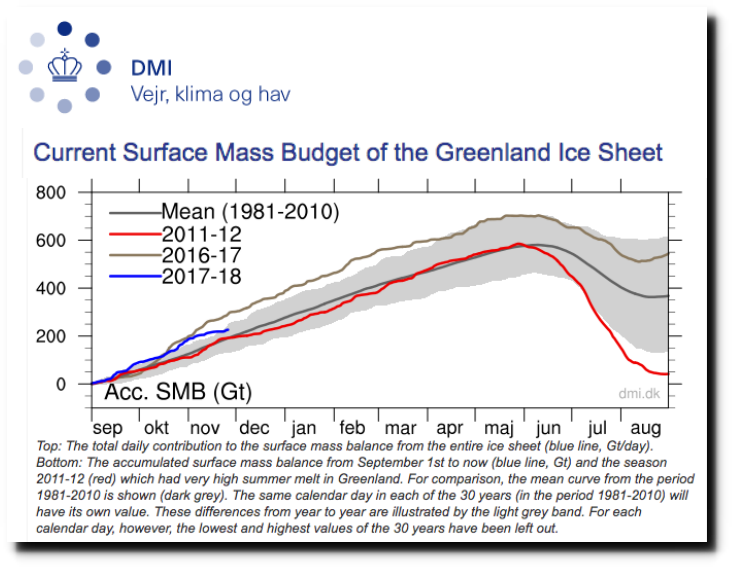 Scientists in Greenland are buried in deep snow. 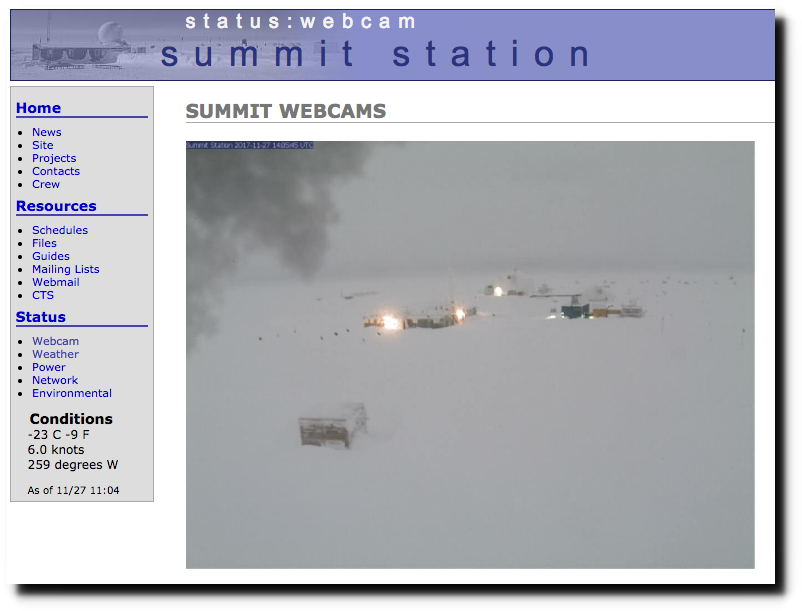 Meanwhile climate experts claim the exact opposite. It is much easier for them to lie about places where nobody lives. 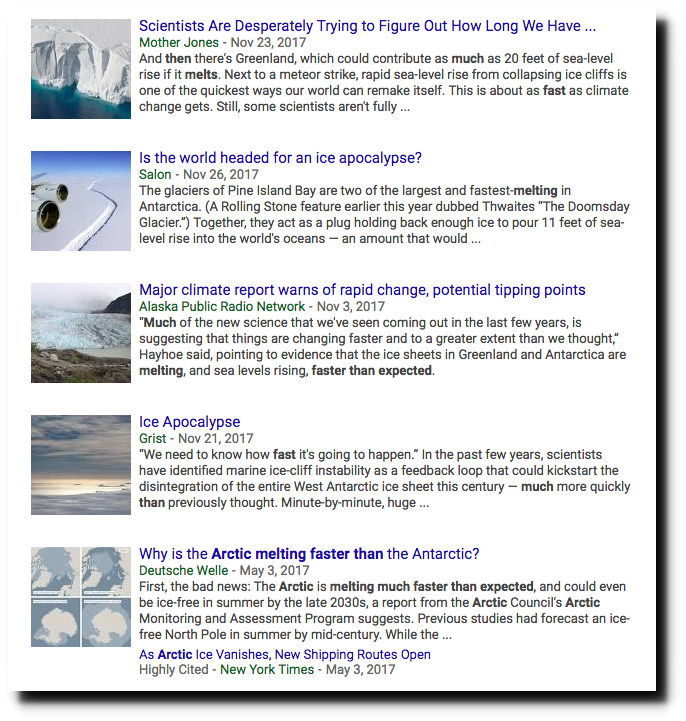