In 1977, an “errant jet stream” brought epic snow and cold to the east, while California and Alaska were warm and dry. 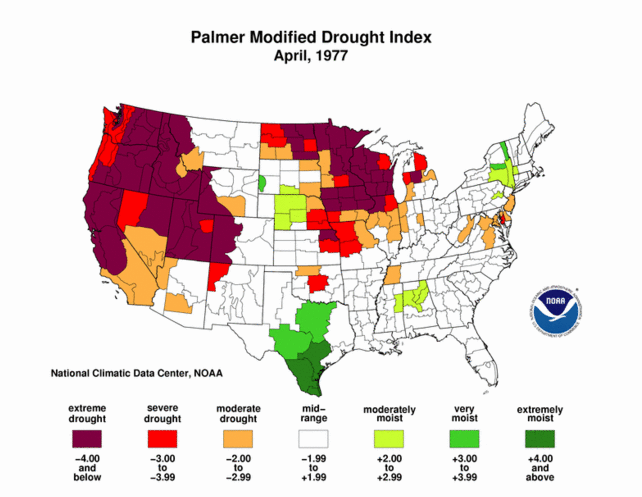 But then the rains came, and California and Arizona flooded.

By 1980, the rain had turned into a 500 year flood which washed out all but one of the bridges over the Salt River in Phoenix. It took me hours to commute from Scottsdale to Tempe. 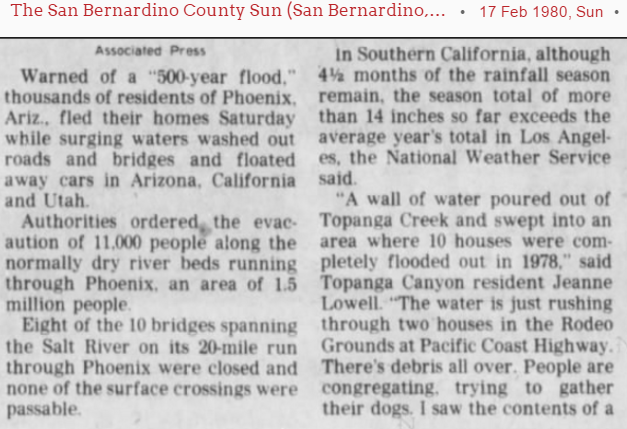 I remember skiing at Flagstaff, Arizona with the snow more than ten feet deep in 1980.

Fast forward to 2015. The identical weather pattern occurred, only this time experts blamed global warming instead of global cooling – and Governor Jerry Brown was again hysterical about the drought.

California and Arizona are about to get slammed with epic rain and snow.

Experts will of course blame the rain and snow on global warming, because that is where the money lies this time around.

One Response to 1977 Deja Vu – Over And Over Again