Gavin Schmidt at NASA has boldly disappeared the global warming pause, which everyone including himself and Michael Mann agreed upon was real. 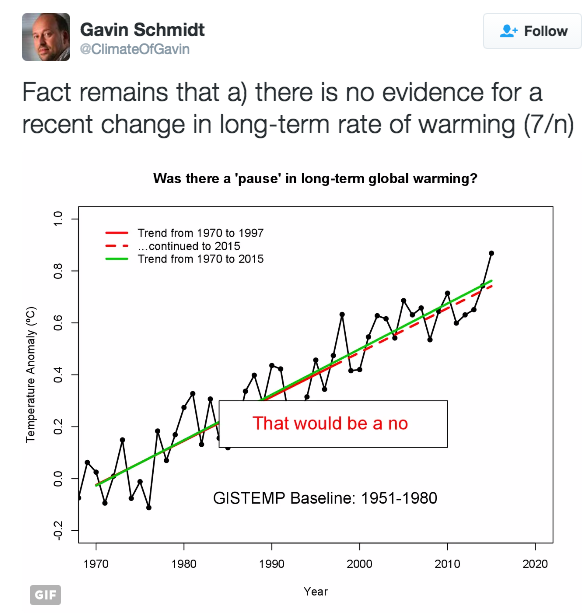 Gavin’s claim is the opposite of what the IPCC says.

Gavin ignores more accurate satellite data, which shows no warming over land for the past 15 years. The pause is very real.

Gavin has massively altered earlier versions of his own data.  The graph below combines 1999 NASA temperatures with 21st century satellite temperatures, and shows 0.6C warming over the past 140 years.

The animation below shows how Gavin has doubled global warming via politically motivated junk science.