In 1970, our top scientists warned that the oceans would be dead , and America would run out of food and water before before 1980. 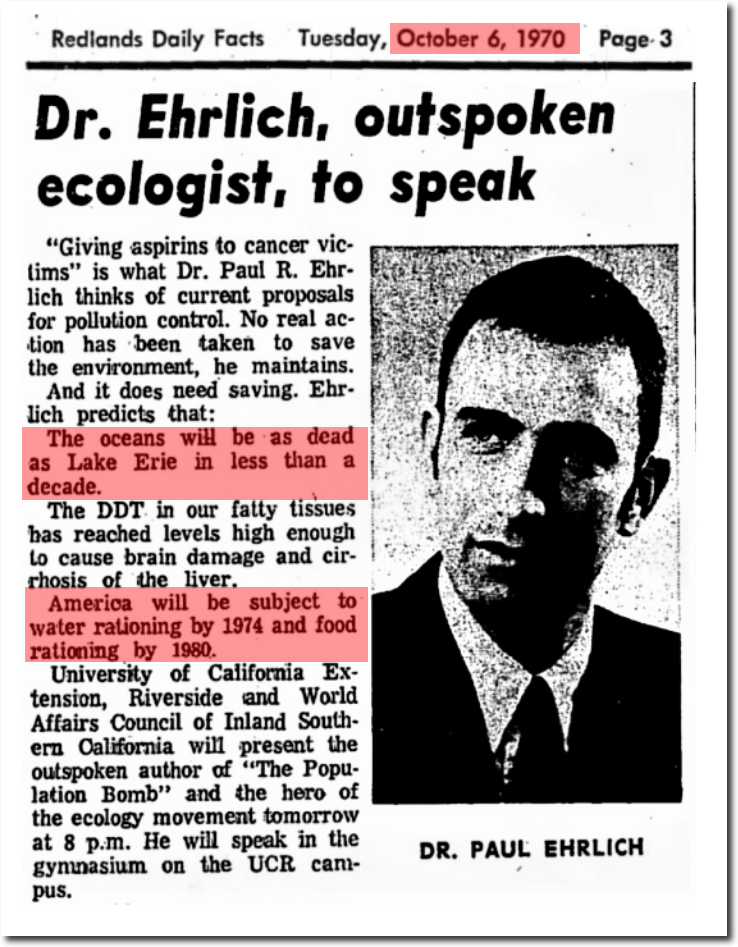 Still alive in 1992, the scientists granted Earth a reprieve and warned that we only had a decade or so.

No more than one or a few decades remain … Fred Singer called them out on their BS in 1992.

Now the scientists have granted Earth another reprieve and are back with their “second warning” saying exactly the same BS they were saying in 1970.

Global climate change sits atop the new letter’s list of planetary threats. Global average temperatures have risen by more than half a degree Celsius since 1992 Other than natural variability from oceanic and volcanic cycles, there is no legitimate reason to believe Earth’s temperature has changed at all since 1992. With a La Nina developing and lots of cold water in the Southern Hemisphere, troposphere temperatures should start dropping soon. As someone who grew up in the scientific community, I understand that many scientists consider themselves to be gods who control fate and destiny – when in fact they are simply civil servants seeking a secure source of funding. The problem is that many of them actually believe their own delusions.

27 Responses to Union Of Concerned Scientists Grants Earth Another Reprieve