It won the Academy Award for best documentary and was produced by Laurie David. 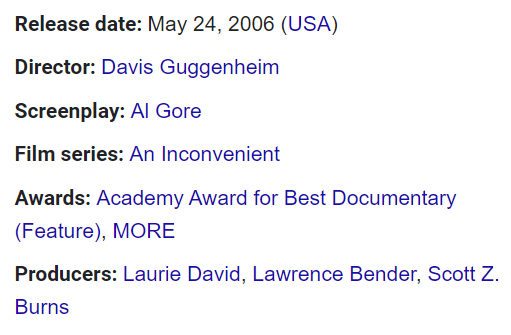 The movie was released after the warmest January on record in the US. What the graph actually showed is that warmer ocean water outgasses CO2, and colder water absorbs CO2. Gore had been confused about this since at least 1990. 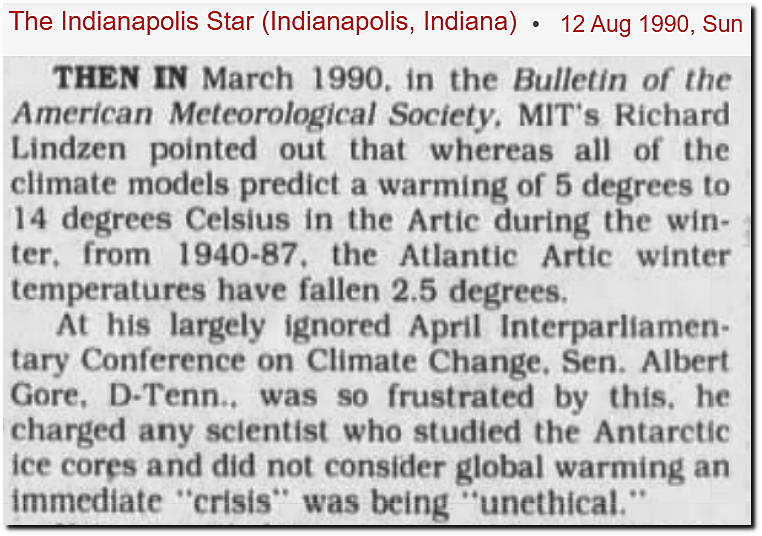 When he became VP in 1993, he cut off funding to scientists like Dr. Bill Gray, who didn’t share Gore’s misinterpretation of the relationship. The movie’s producer Laurie David at some point realized that temperature leads and CO2 follows, so in her school textbook she tampered with the graph to reverse the data and make it look like CO2 led temperature.

And at Sundance Film Festival in 2006, he said that we only had until 2016 to save the planet from global warming. He actually gave the earth a sixteen year reprieve beyond the original UN forecast.

And AOC has since extended the date another fourteen years until the year 2030.

Gore also predicted that the Arctic would be ice-free by the year 2014.

But there has been no change in Arctic sea ice extent since then.

Had Gore looked further back in the geologic record, he would have known that there is no large-scale relationship between CO2 and temperature. And under Gore’s model of climate sensitivity (10F/50PPM CO2,) temperatures should heave been more than 1,000 degrees warmer during the Cambrian Era, when CO2 levels were 7,000 PPM. There have been dozens of “climate agreements” since Gore became VP – and none of them have accomplished anything. 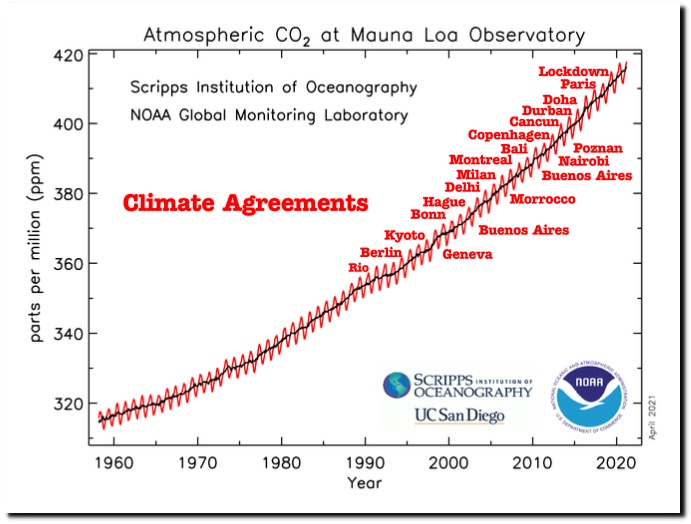 11 Responses to An Inconvenient Climate