Democrats Using The Identical Dirty Tricks As They Did In 1980

In 1980, Democrats attacked any black person who supported Reagan, and they tried to pin the KKK on Reagan.  This is the identical strategy which they are using against Trump. 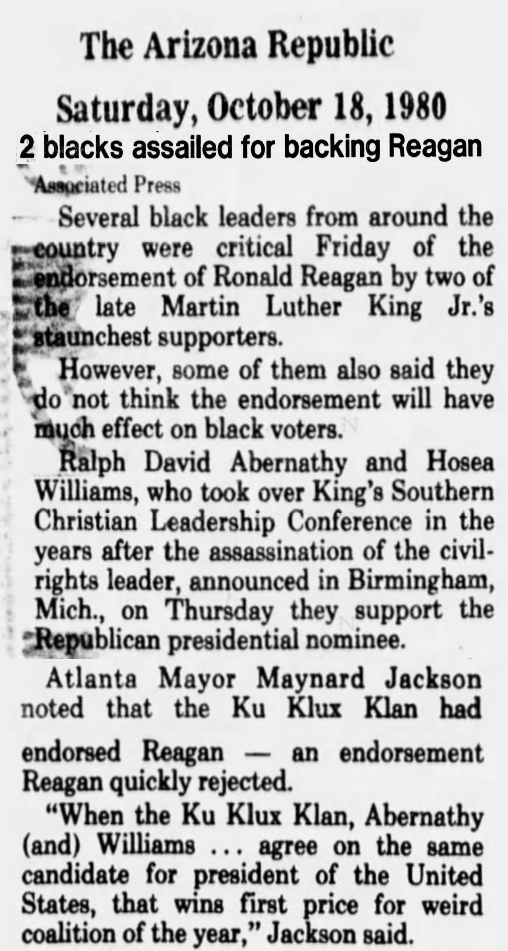 It is long past time for the Democratic Party and their criminal cohorts in the press to lose power – permanently.