Hillary Never Made It To The Letter C 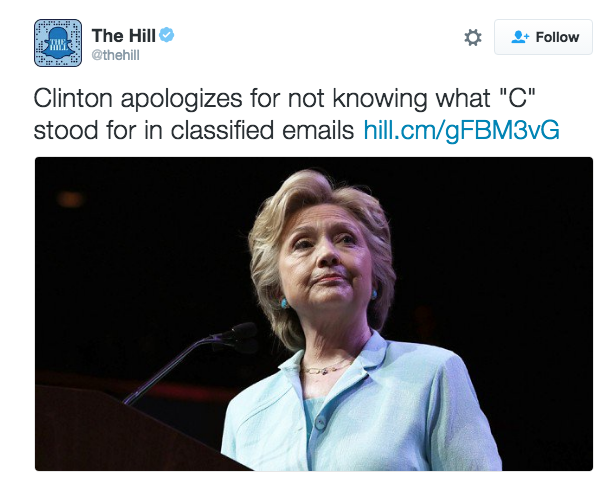 Hillary was too busy with the letter B, to learn the letter C. Dodging bullets in Bosnia and arresting YouTube filmmakers in Benghazi is time consuming.

20 Responses to Hillary Never Made It To The Letter C