Progressives believe that a half dozen political hacks at NASA and NOAA represent all of science, and have not yet heard about the new-fangled technology called satellites. 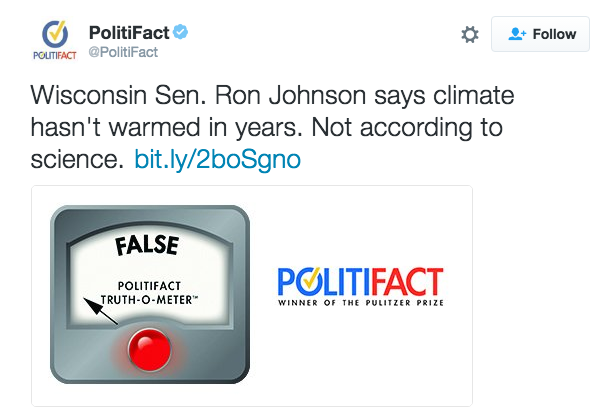 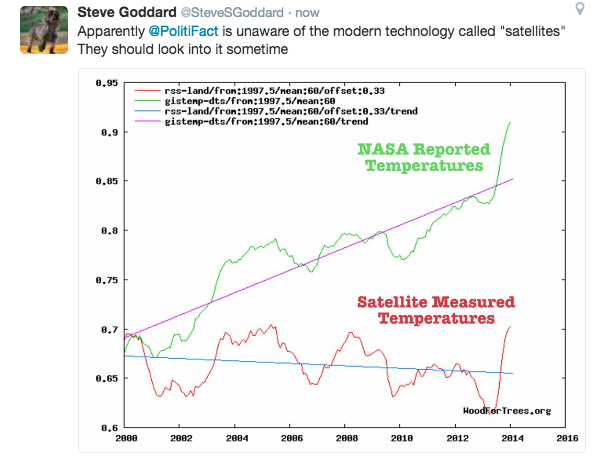