James Hansen claims that there have been two sharp increases in sea level rise, one around 1920 and the other in the mid-1990’s. He says sea level is rising four times as fast as it was in the 19th century. 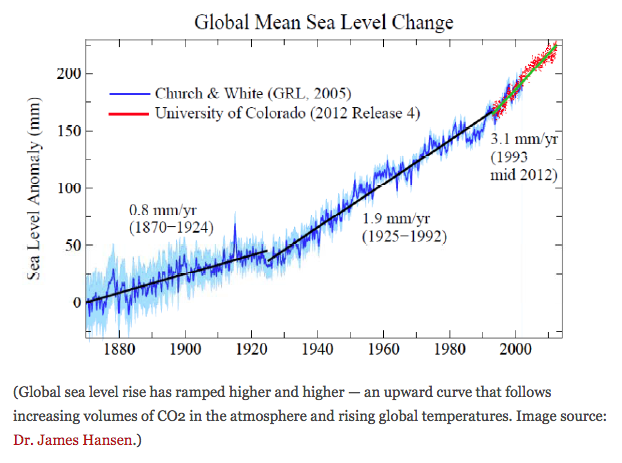 Rapid Acceleration in Sea Level Rise — From 2009 Through October 2015, Global Oceans Have Risen by 5 Millimeters Per Year | robertscribbler 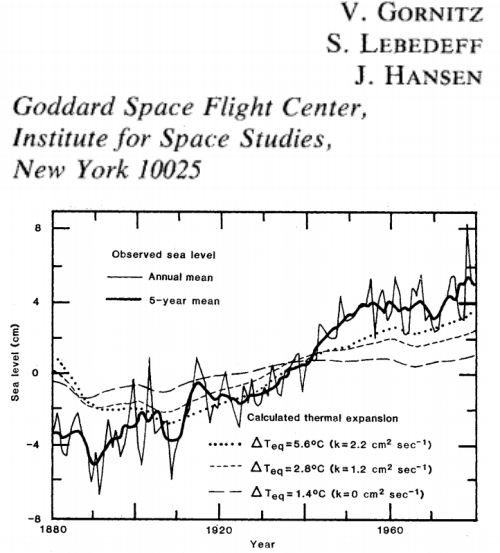 The overlay below shows the spectacular divergence between Hansen’s current graph and his 1982 graph.

In 1963, Columbia University (where Hansen now works) knew that sea level rise had decelerated since 1940. Even the Guardian knew it. 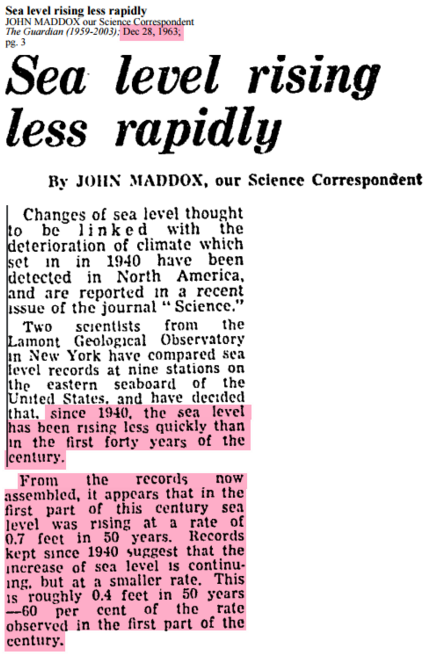 The 1990 IPCC report said that sea level rise had not accelerated during the 2oth century.

NOAA says that sea level is rising only about half as fast as Hansen claims. 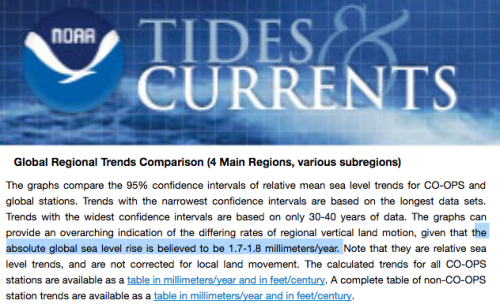 Hansen is trying to influence policy and profit via a massive fraud he has been directing at the American people for decades.  According to James Hansen, lower Manhattan is already underwater. 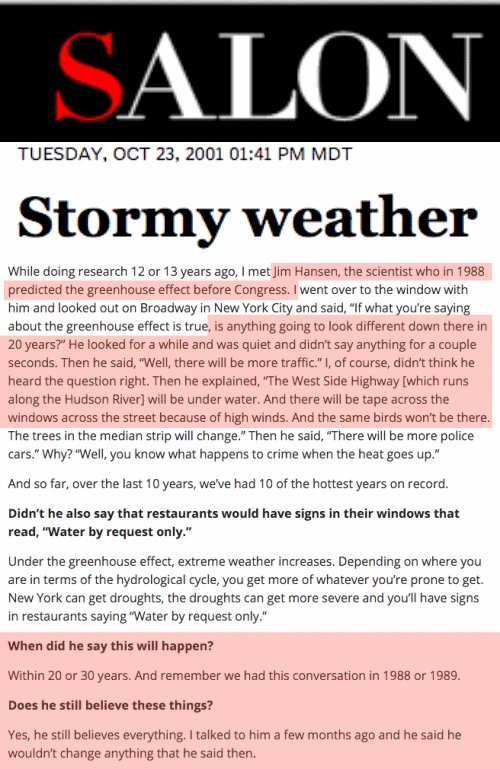