NOAA claimed yesterday that Angola and Namibia had their hottest month ever last month, even though they don’t have any thermometers there. 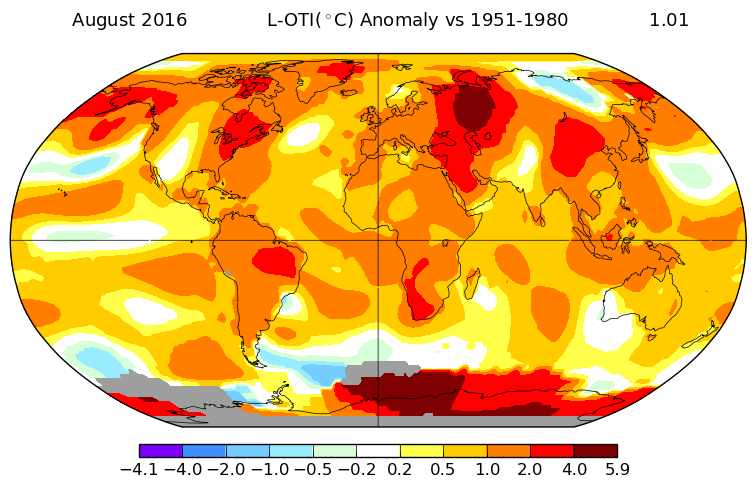 NASA has no thermometers in Namibia, and only one in Angola, at Luanda. 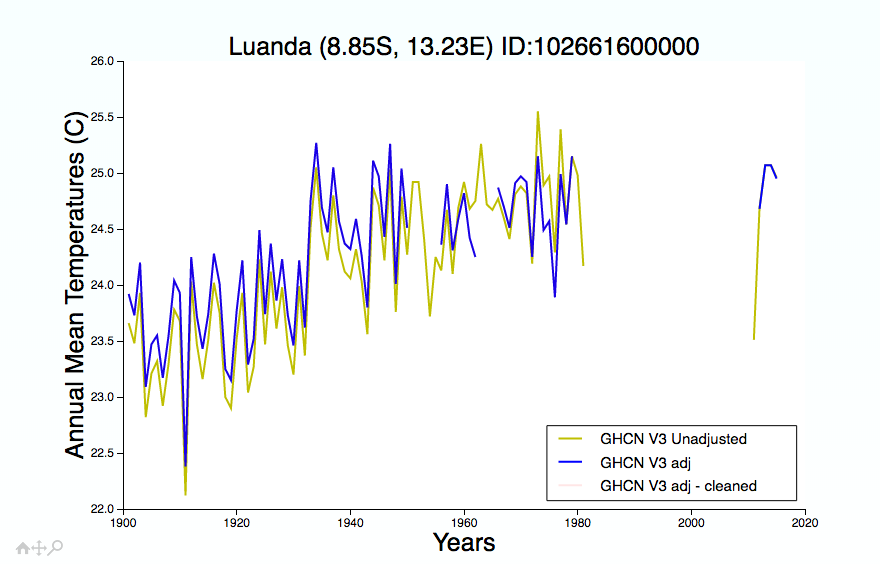 The thermometer at Luanda is located next to the airport tarmac in the middle of very dense city of nearly three million people. The “record heat” in southwest Africa is based on one tampered station, located next to a giant piece of asphalt in the middle of a rapidly growing city.

Luanda city has the highest rate of population growth in Africa, a local study shows.  According to the study presented by the Sweden embassy in Angola, Luanda is set to have 9 million inhabitants by 2030.

Many surveys have named the city as the world’s most expensive. One the negative side, Luanda is ranked among the 25 dirtiest cities in the world.

Instead of reducing recent temperatures to compensate for UHI, NASA cooled past temperatures. If Gavin set out to commit fraud, what would he do differently? 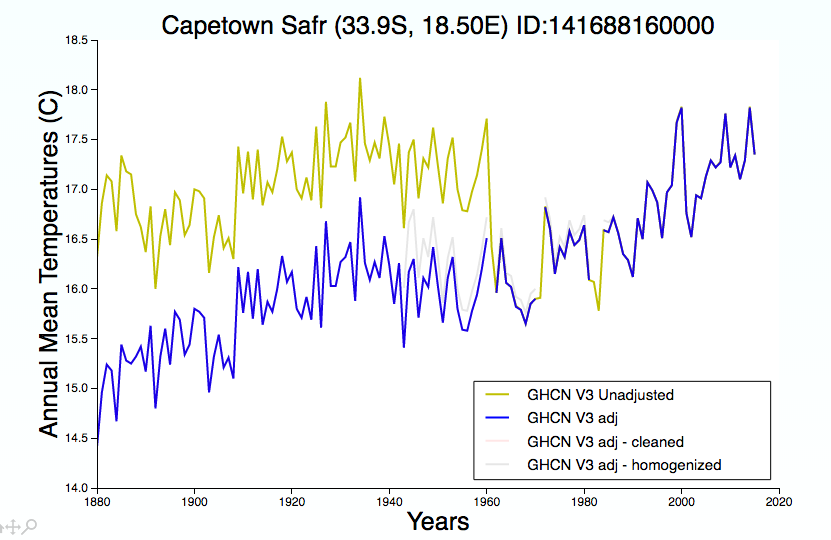 8 Responses to NASA Joins In The NOAA African Fraud