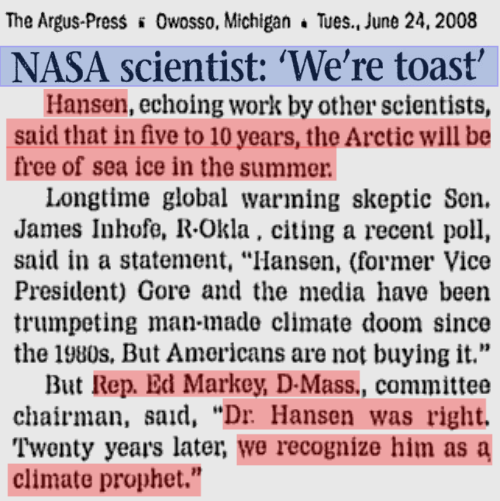 President Obama says it is illegal to dispute scientists who say the Arctic is ice-free, and he wants more icebreakers to prove it. Obama to Call for More Icebreakers in Arctic as U.S. Seeks Foothold – The New York Times