Outside The Grey Area

According to the LA Times, Trump would win the election if it was held today. 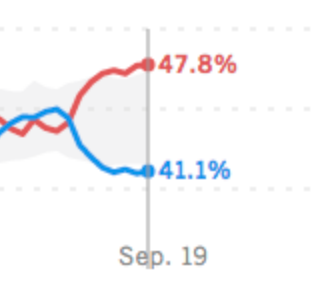 Never Trump people tell us that their reason for trashing the GOP nominee is because he can’t beat Hillary, and they are just trying to save the party from defeat. Making them considerably less rational than Michael Mann and James Hansen.

18 Responses to Outside The Grey Area