The Arctic had the shortest melt season record this year, and the earliest end to the melt season on record. Now we have the fastest September growth of ice on record too. Ice extent is 30% higher than 2012, higher than last year and about the same as 2013. 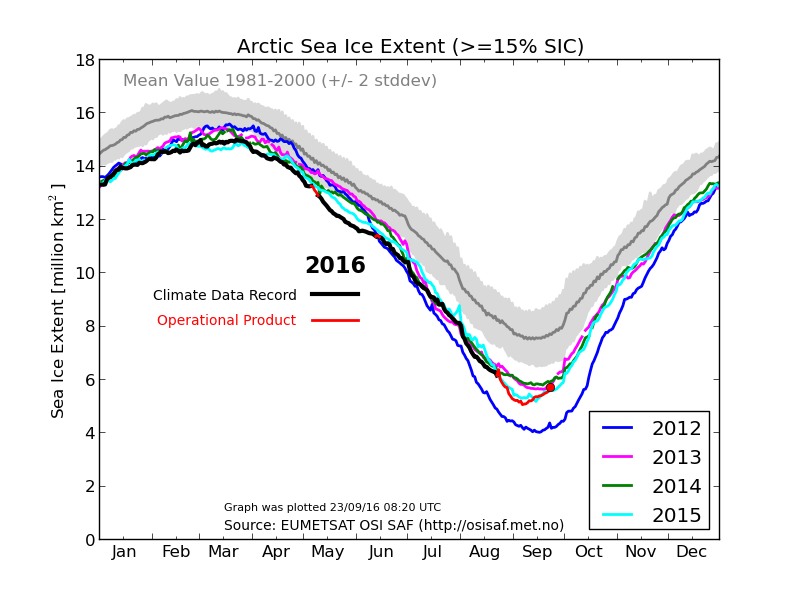 Experts describe the record increase of Arctic ice as a “near-record low” and a “sign of sickness.” 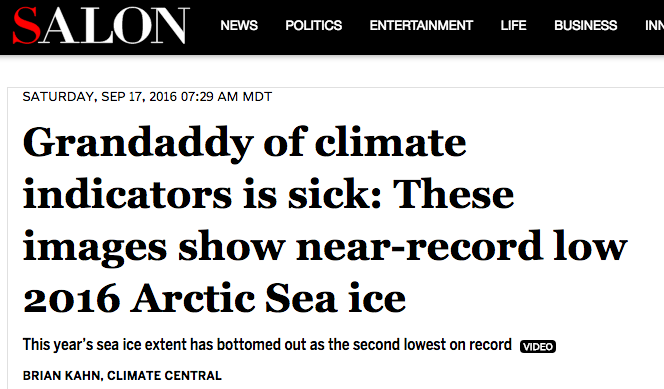 Climate experts’ jobs, funding and reputations depend on climate alarm, so they are highly motivated to lie at every possible opportunity.