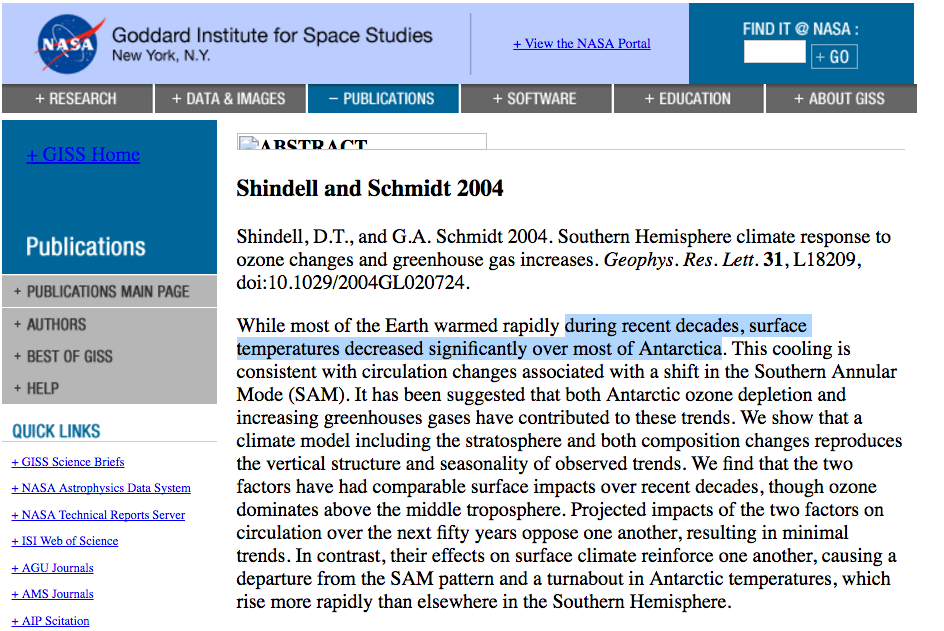 NASA showed this clearly in their 2005 map.

This didn’t suit NASA’s agenda, so by 2009 they erased the decades of cooling and turned it into a half century of warming.