Democrats and climate scientists are very angry that Scott Pruitt will no longer allow them to steal tens of millions of dollars every year from the EPA. 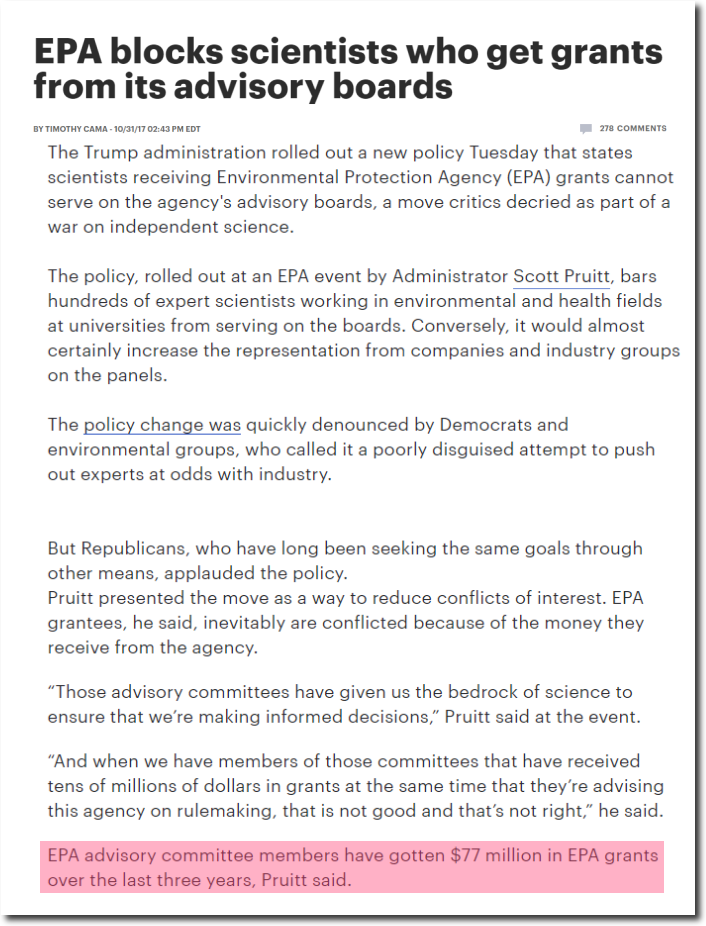 EPA blocks scientists who get grants from its advisory boards | TheHill

Apparently the EPA administrator wants to end “the biggest fraud in science history.” 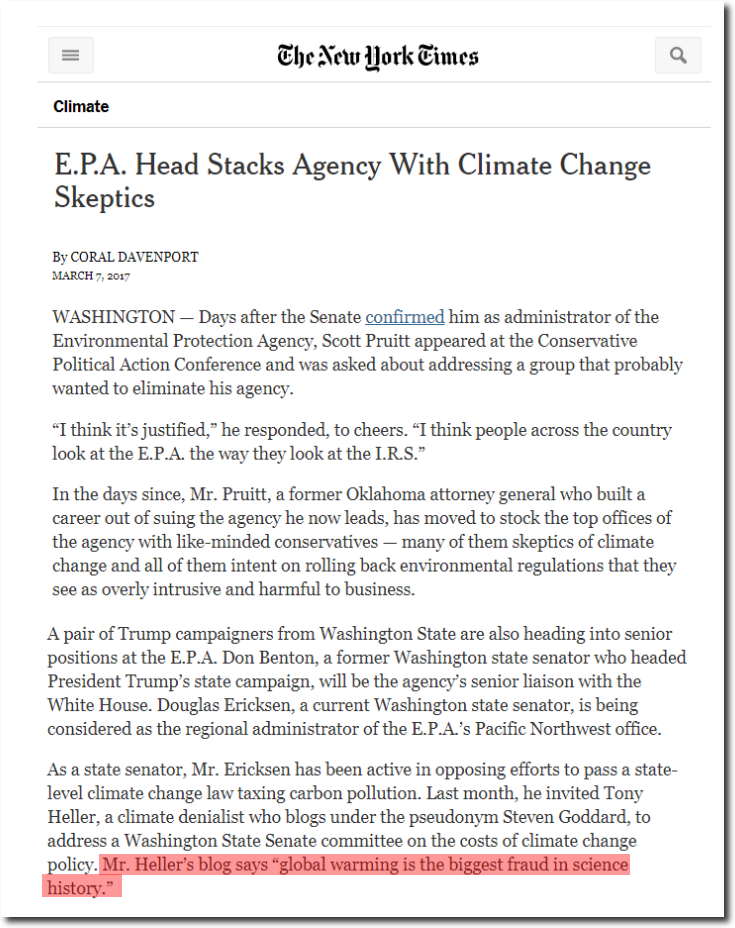 I don’t blog under a pseudonym, didn’t discuss the costs of climate change policy, and was never contacted by the fake news New York Times – who create news by simply making things up. My presentation to the Washington State Senate consisted primarily of historical articles from ….. the New York Times.