Chicago Democrats Versus The Police

Last year, across the country police shot and killed 990 people, the vast majority of whom were white. There is zero indication that they are killing blacks disproportionately.

The police killed 258 blacks across the entire US last year, but Democrats have already killed 527 blacks in Chicago alone this year. 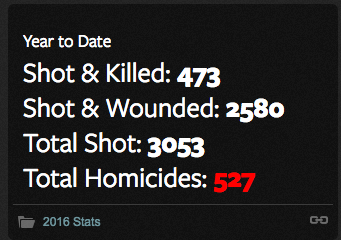 Summarizing, Colin Kaepernick is one of the stupidest and most un-American people who ever put an NFL uniform on.

8 Responses to Chicago Democrats Versus The Police