Guardian 1974 : Global Cooling Most Serious Threat Humans Have Ever Faced

The Guardian says global warming is the most serious threat man has ever faced. 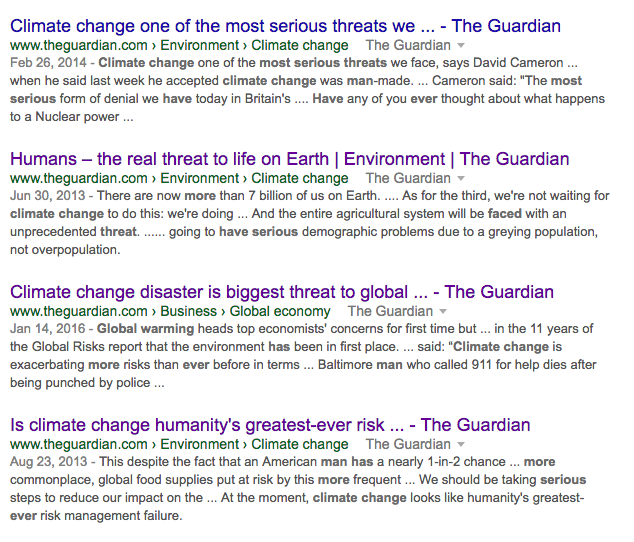 In 1974 the Guardian said global cooling is the biggest threat man has ever faced.

The Guardian also says now that the ice age scare (which they were pimping in 1974) never happened.

14 Responses to Guardian 1974 : Global Cooling Most Serious Threat Humans Have Ever Faced