Kentucky Summers Getting Much Shorter

In the late 19th century, Kentucky had about 120 days between their first and last 95 degree day. Now the length of their hot weather has been reduced to about 60 days. 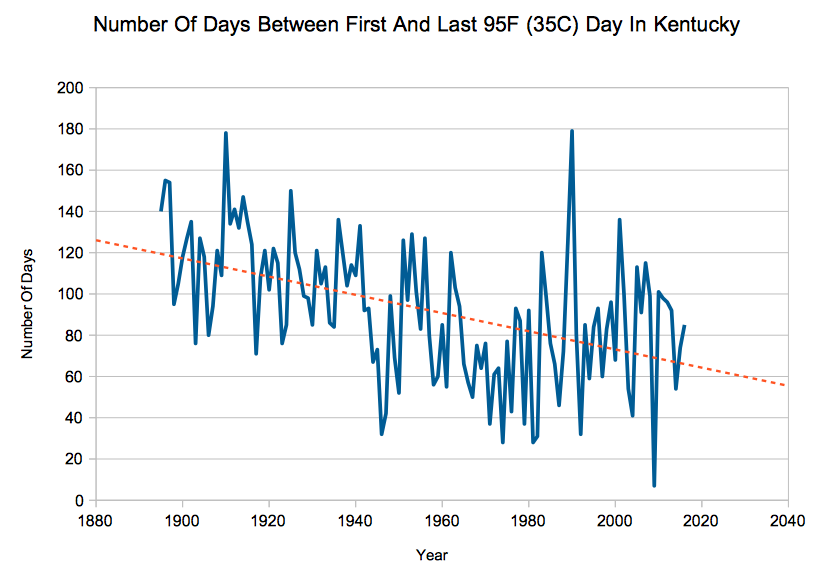 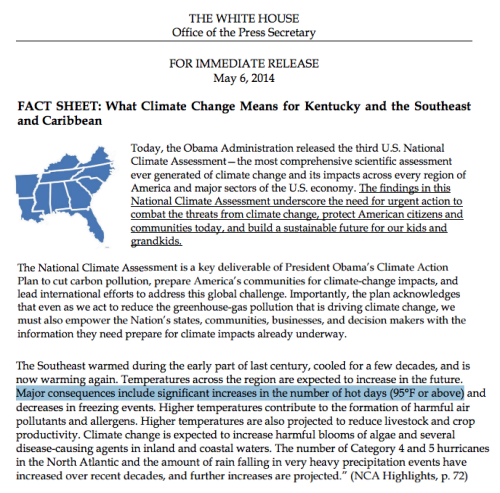 In fact, the number of 95 degree days in Kentucky has plummeted to close to zero over the past century. 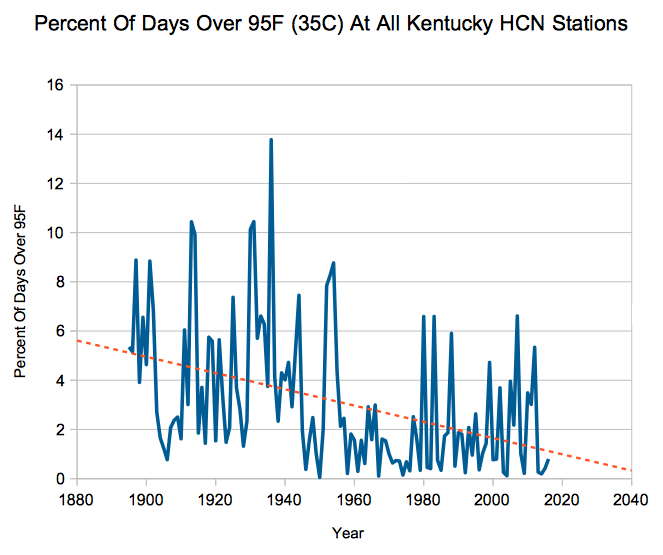 The White House Climate assessment, and essentially government climate science, are part and drivers of the largest fraud in history.

6 Responses to Kentucky Summers Getting Much Shorter