Mark Serreze Says SOF Could Sail To The North Pole

Posted on September 2, 2016 by tonyheller 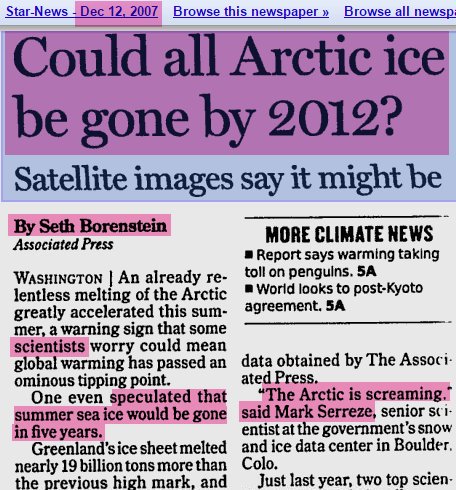 Mark “Arctic Is Screaming” Serreze says the Ship of Fools could sail to the North Pole.

I plotted out their route across ten foot thick ice to get there.

Serreze pulled the identical stunt in 2008. 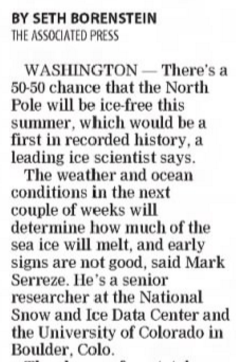 Lewis Pugh made the mistake of listening to Serreze in 2008, and tried to kayak to the North Pole. He made it about 75 miles out of Svalbard before he was blocked by ice, and then of course declared victory. 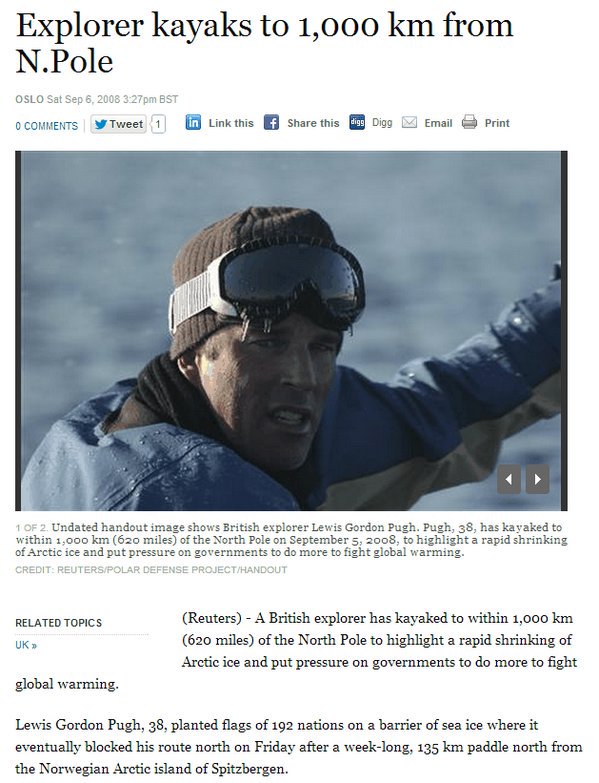 The New York Times made the same claim in 2000, and said it was the first time in 50 million years. 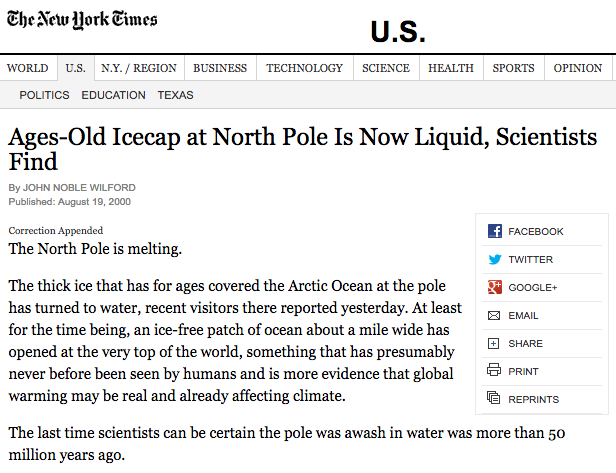 Apparently 1958 was more than 50 million years ago, because the USS Skate surfaced in “clear water” at the North Pole on August 11, 1958. 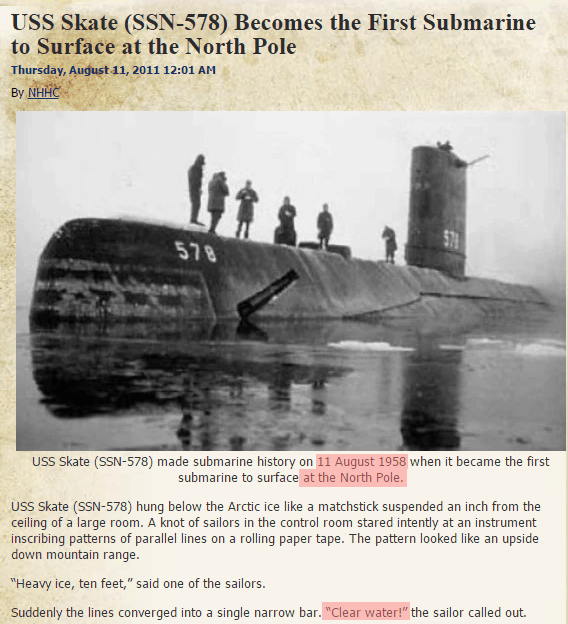