Arctic sea ice extent for the date has increased 50% over the past four years, and extent is growing at a record rate for September. 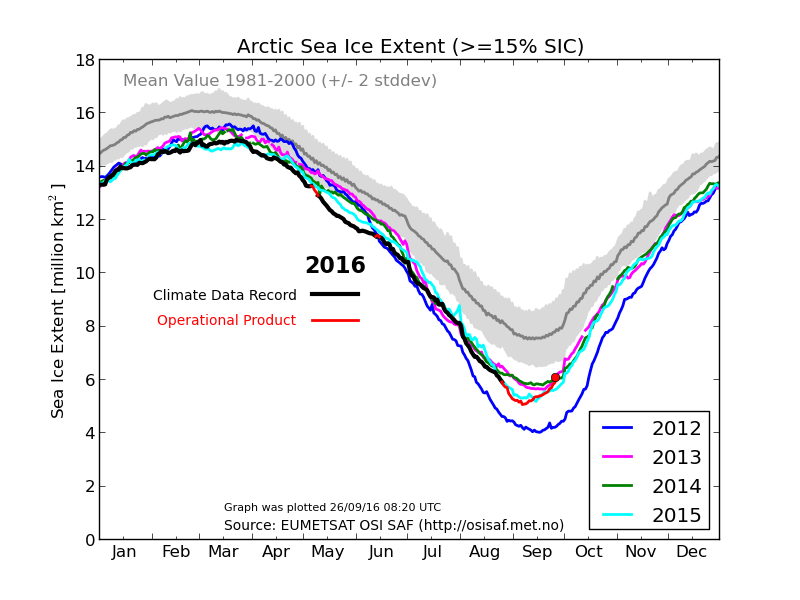 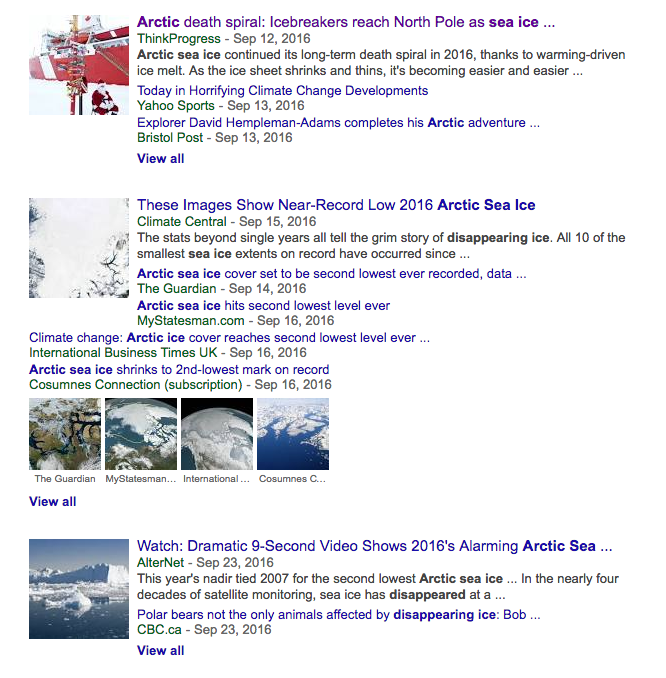