September 19 Temperatures Plummeting In The US

The United States Historical Climatology Network has records going back to 1895. That year had the hottest September 19 on record, and September 19 temperatures have plummeted ever since. 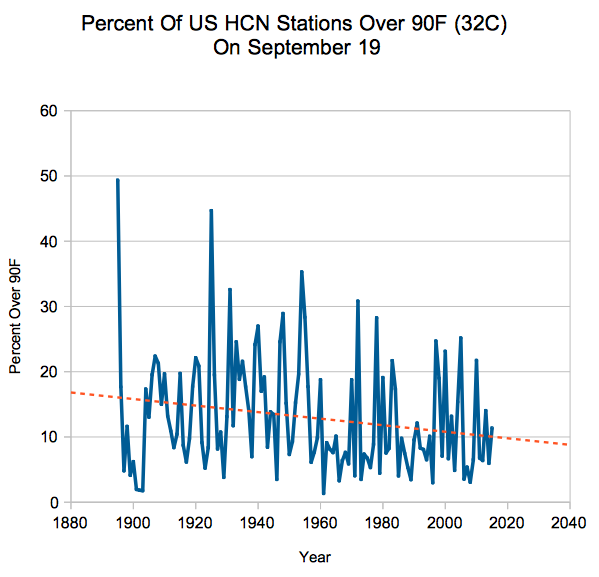 On September 19, 1895 half of the US was over 90 degrees, with 106 degrees in Nebraska, and 100 degree temperatures in South Dakota, Minnesota, Iowa,  Illinois, Ohio, The Carolinas, Texas and Arizona.

Experts say the climate is getting hotter, because they are paid to generate propaganda for politicians..

2 Responses to September 19 Temperatures Plummeting In The US