September 3 Used To Be A Hot Day In The US

Posted on September 3, 2016 by tonyheller 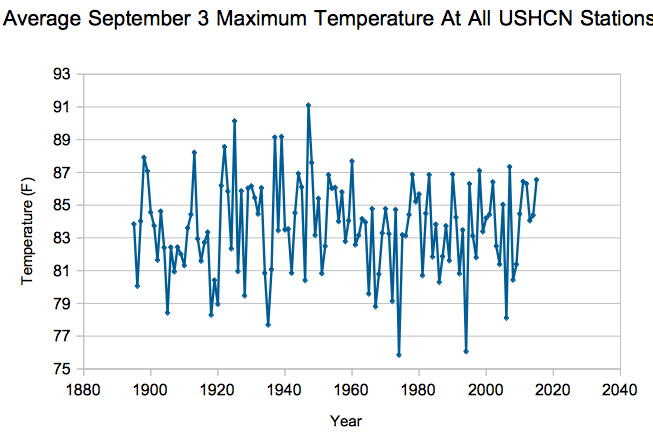 On September 3, 1953 the East Coast had an incredible heatwave, with 107 degrees in New York state and 108 degrees in Indiana.

We have gotten used to September being a cool month, but before you overheated the climate with your SUV, it used to be much hotter.