The actual thermometers NOAA has there show the region as “below average” blue, as well as several other regions in Australia. 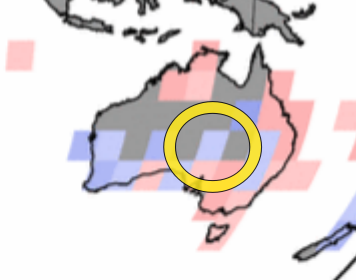 RSS TLT satellite data shows the region as having their seventh coldest August since 1979.