Summers Getting Much Shorter In Alabama 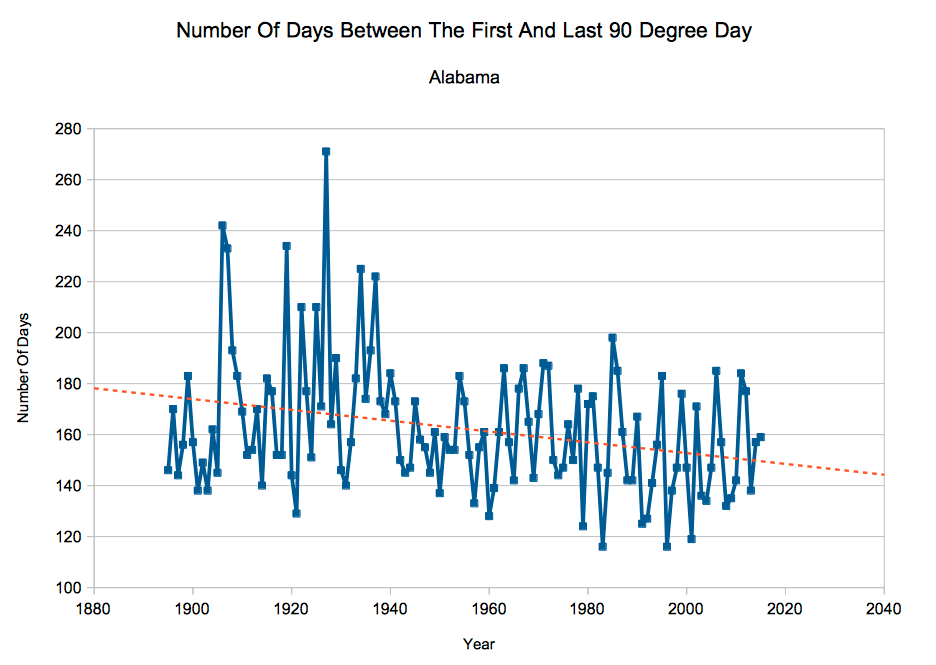 In 1927, Alabama had 271 days between their first and last 90 degree day.  But now they average just over half that. Summers in Alabama have been much shorter since 1940.

The percentage of hot days is also declining. 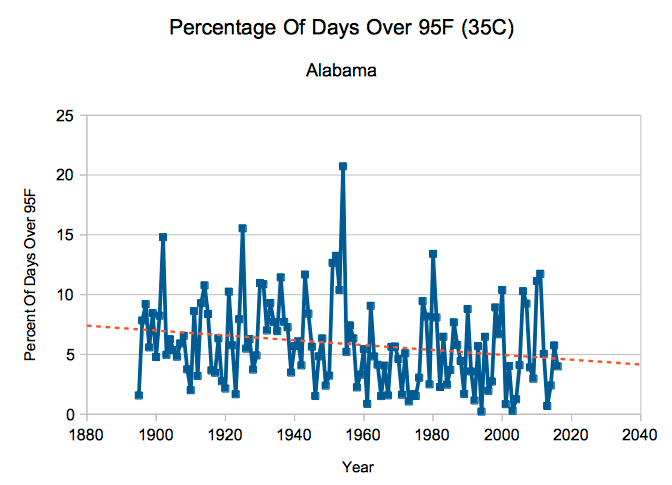 Michael Bloomberg wants your guns and soft drinks, and also believes that the thoughts of global warming skeptics are going to destroy Alabama.

Alabama’s Climate Change Deniers Refuse to Save the State – Bloomberg

4 Responses to Summers Getting Much Shorter In Alabama