Experts : Arctic To Be Ice-Free By Friday

Our top scientists and journalists say the Arctic will be ice-free this September, which ends on Friday.

Arctic could become ice-free for first time in more than 100,000 years, claims leading scientist | The Independent

Ice extent is highest for the date since at least 2011, and growing at a record rate. 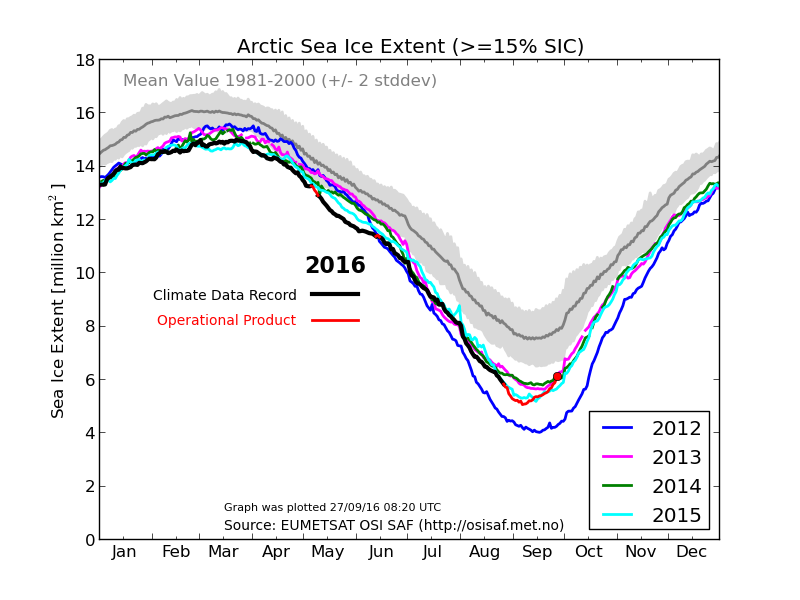 In order to be a climate expert, climate politician or climate journalist, you have to demonstrate that you are some combination of completely incompetent, completely stupid, and completely dishonest.

19 Responses to Experts : Arctic To Be Ice-Free By Friday