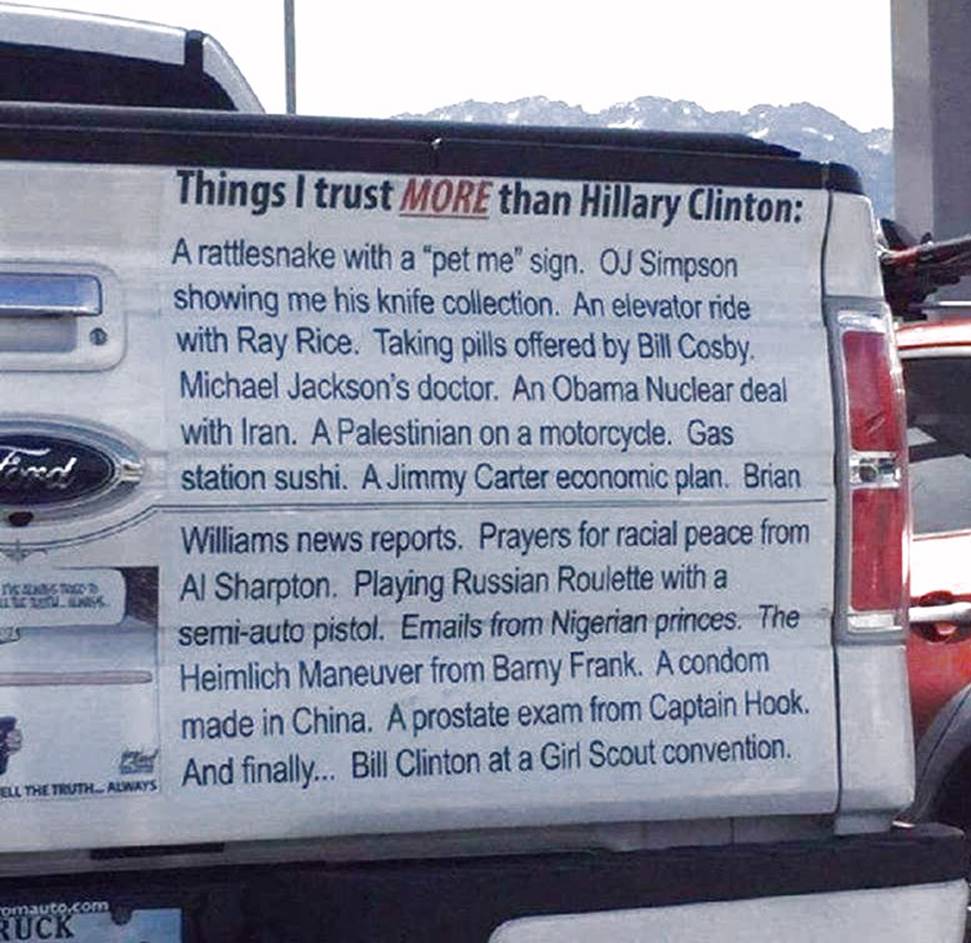 6 Responses to Things I Trust More Than Hillary Clinton