Posted on December 8, 2015 by tonyheller 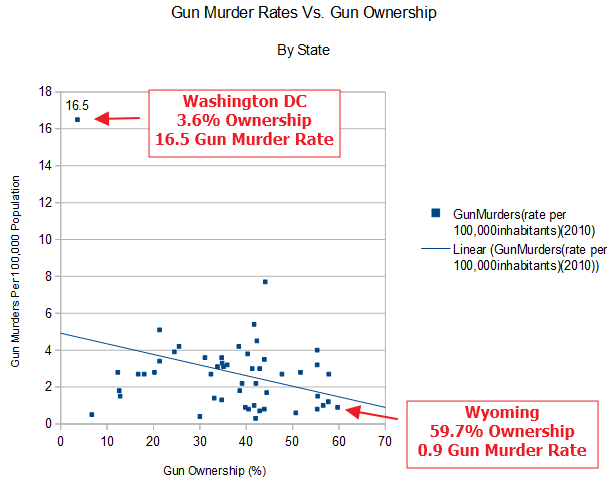 Gun violence in the United States by state – Wikipedia, the free encyclopedia

Gun murder rates in states where people are heavily armed are much lower than the low gun ownership states.

The evidence is unequivocal that criminals are deterred by guns.