Time Magazine just rated Columbia, Maryland as the best place to live in America, because of “diversity.”

I lived in Columbia on and off from 2011 to April 2015. It used to be a great place to live, but Baltimore gangs started moving in.  After being shot at on my bicycle and regularly harassed by gangsters while riding home from Whole Foods in the evening, I moved to Montgomery County.

I lived in an almost entirely black neighborhood, where many of the residents had moved to escape the Baltimore gangsters. Unfortunately the gangsters weren’t far behind. The last few months there I would hear gunshots regularly at night in my neighborhood.  One night I had police helicopters circling overhead for an hour while I was walking the dogs.

I don’t consider gunfire and gangs to be indicative of a good place to live. 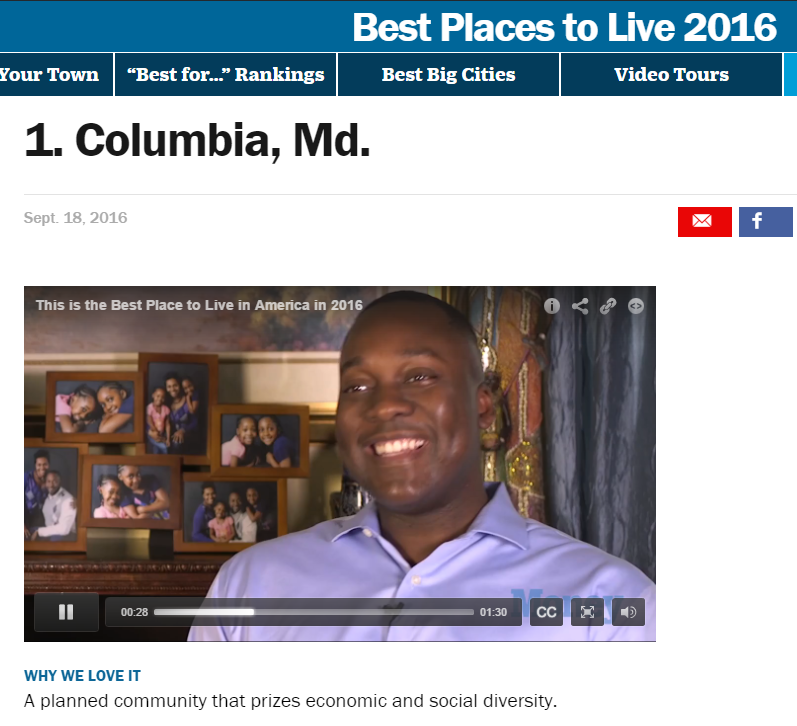 18 Responses to Safe Space For Gangsters